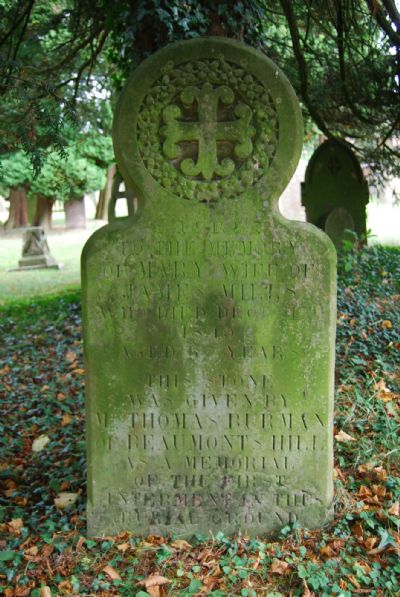 1840 marks the grave of Mary, wife of James Mills, a farm labourer, who died on Dec 4th 1840, aged 67. The stone is inscribed: ‘This stone was given by Mr. Thomas Burman of Beaumonts Hill as a memorial of the first internment in the burial ground.’

The decoration consists of a fleur-de-lys cross surrounded by a wreath of dogwood flowers symbolising resurrection, sacrifice and eternal life. The grave can be found under the yew tree to the south of the nave, facing the road. 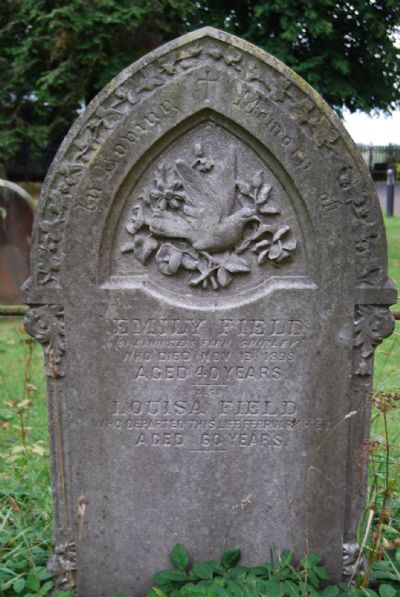 1899. found on the gravestone of Emily Field - a spinster, aged 40 of Banister’s Farm (now Mount Dairy Farm, Tanworth Lane) Emily was the daughter of Paul and Emma Field who farmed and owned Jerring’s Hall. Both dove and flower decorations are highly symbolic. The dove representing the Holy Spirit, the morning glory, marigold and daffodil, the resurrection and the rosebud, purity. The gravestone is part of the family grave on the right of the path leading south from the undercroft. 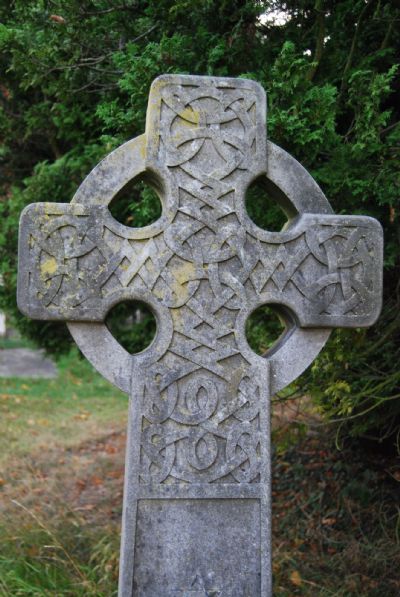 1918 marks the grave of Sophia Owen, aged 92 - a licensed victualler’s wife who kept the Hare & Hounds at Minworth in the late nineteenth century. One of seven such crosses in the graveyard, the origin of which is attributed to St. Patrick. Legend has it that St. Patrick was told of a great stone that the Druids worshipped that was of circular shape. St. Patrick drew a Latin cross through the stone shaped circle to bless it, trying to relate to the symbol of their belief, to draw them to Christianity. The Celtic knot decoration, common to many such crosses, is said to symbolise eternity, since the knot is continuous and thus a reminder of the timeless nature of the spirit. The cross can be found to the left of the path leading down the graveyard facing east.